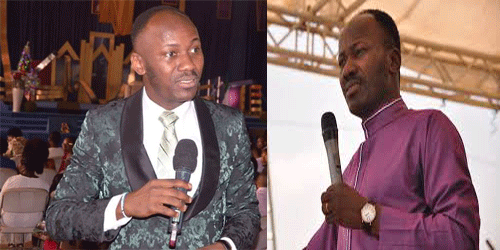 2. Year of serial bombings in Nigeria

6. Wildfire outbreak in an American state

7. Manhunt for Ekiti state Governor by the Federal Government of Nigeria

10.President Buhari to be flown abroad on emergency

13. Bola Tinubu to have public showdown with President Buhari

15. Political blackmail to be on the rise

18. EFCC boss to have major setback

19. Nollywood, new stars to take over

21. NAFDAC to pray against fire disaster

22. Senate President To Be harassed embarrassed. Many publications and threatened arrest.

23. DSS boss, to attend to his health

24. Fresh charges against Abubakar Atiku and friends to be embarrassed

25. I saw major bombings in Egypt

26. Attempt on the life of Chief Femi Fani Kayode’s wife

28. Atiku’s men will betray him

YOU MAY ALSO LIKE: 15 Business You Can Start In Nigeria With N30k

32. Ibe Kachikwu to be removed and replaced

33. NTA to pray against losing a top boss

34. Shoprite Lagos to beef up securities, I see a major raid.

37. Let’s pray against train accident. I saw a train going out of the rail

38. I saw the naira gaining relevance

39. I see a new political party that will divide APC and PDP

41. I see serious politics against Osibanjo

43. I saw a young Nigerian musician experiencing major media attack sponsored by a fellow musician of the same genre

47. Good luck Jonathan should pray not to be bereaved

48. Nnamdi Kanu to be embarrassed both locally and internationally

49. God will give people good health, and there will be cure for incurable diseases

50. I see a group rising in the North and asking for their nation. It’s political

Shagari Was Overthrown, And General Muhammadu Buhari Was Installed As Head Of State-Today In History