Acting – Have you got what it takes

Acting - Have you got what it takes 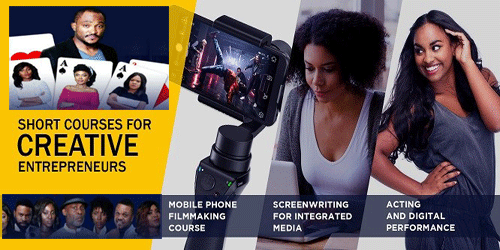 Acting – Have you got what it takes, Acting is a big industry. There are actors everywhere from the theatre to films And Movies, from TV to Radio, If You Are Interested In Acting, Here Is All You Need To Become A Professional Actor

Our People Said, Practice Makes A Man Perfect, Indeed this is the hard truth, as learning and consistent practice will only lead to perfection

But the questions here is, what source are you learning from, as its very vital for you to know your source of learning in other to avoid brain poison assimilating the wrong sources and contents

To be a good actor, you have to be able to get inside a character and literally live as them – to convince your audience, and, for a moment, even yourself, that the character is who you are.

Given that all you will probably have to work with is a few written words, perhaps costumes and a set, and your imagination, it’s a difficult undertaking.

The range of skills that an actor must have to be effective is very wide. You need to have a mastery of your body for a movement that can include fighting, dancing, or evocative expressions.

Your voice, too, must be clear enough to be understood from a distance, and you might also need some talent in singing or putting on accents.

The most difficult aspect by far, though, is the emotional one, as you must be able to assume different emotions at will – crying on demand.

For example, or being able to give an effective illusion of happiness or excitement.

One of the most widely-used means of portraying realistic emotions is Stanislavski’s theory of method acting, which you would do well to study if you wish to become an actor.

Basically, the idea is that when you are acting, you think of a time when you felt the emotion you wish to portray.

For example, if your character is sad over the death of their mother, you might think of the time when you were small and maybe any of your loved one dead or best your dog died, and so start crying.

There’s more to it than that, but that’s the basic theory, and it can give a very convincing performance when done correctly. As acting is not just illusion, its what we see in actual reality

Do You Want To Learn Professional Acting, Go Here
To Start Your Online Acting Career Right From The Confort Of You Home And Office With Out stress

GET THIS: Acting Masterclass Video Training

2 responses on "Acting - Have you got what it takes"