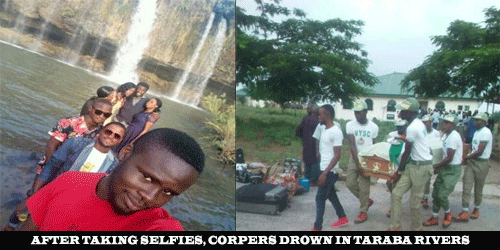 To some, a day like this shouldn’t have come, as a new picture has emerged online showing the moment some members of the National Youth Service Corps (NYSC) who went on a picnic at a river in Mayo-Sebri village in Gashaka Local Government Council of Taraba state, took a selfie at the venue before drowning moments later. 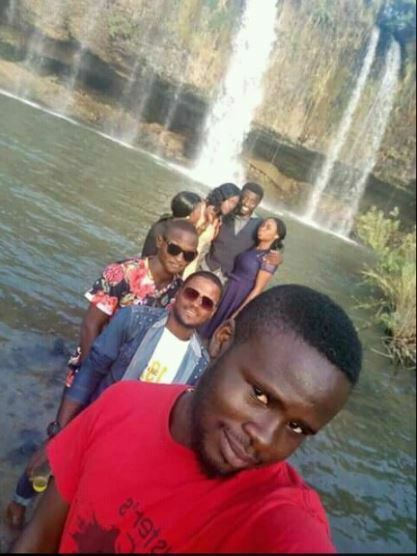 It was reported, that nine out of the 23 corps members, who went for a picnic on that fateful day drowned. Seven bodies were recovered the following day and two other bodies recovered some days after. all dead

One of the survivors, a male corps member, narrated the tragedy and how he survived. He wrote:

“We went for a picnic, 23 of us. We went to a waterfall on that fateful day and this was the first place of our visit.

“After taking pictures, we went to another side where there are beautiful rocks with clean water flowing under them.

The water was very low though. After taking pictures there, eating and drinking, we were about leaving when someone just shouted see oooh. 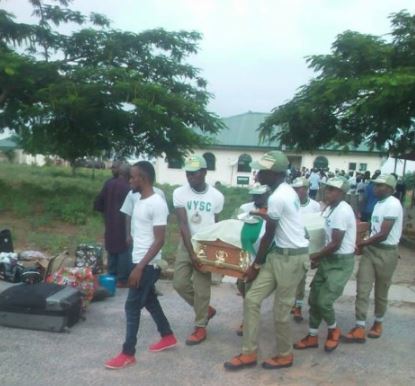 “When we turned, we saw very dirty water coming with so much force and speed, the kind of speed I have never seen in my life, coming from a distance of about 100 meters.

We were almost leaving the place but within seconds, the water got to our position. I don’t know how I jumped out.”

Meanwhile, Idris Musa, a resident of Mayo Selbe, disclosed that each year, one to two persons lose their lives in the river, giving rise to the nickname Kogin Mutuwa (Hausa for ‘River of Death’). The water rushes down with great force and speed once it rains up here,” he said, adding that numerous tragedies have been recorded over the years, but were unreported, This is so sad, may the soul of the 9 CORPERS DROWN IN TARABA RIVER rest in peace.

0 responses on "AFTER TAKING SELFIES,9 CORPERS DROWN IN TARABA RIVER"