Bitcoin The Future Of Money, The Digital Gold My Nigeria Government Ban 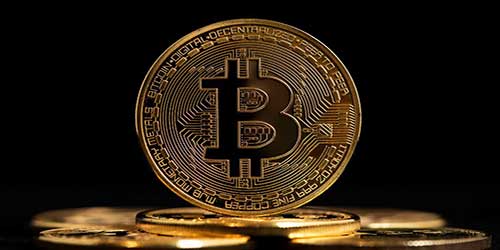 Bitcoin The Future Of Money, The Digital Gold My Nigeria Government Ban

Just like every other business and anything ex you can imagine, the early years of bitcoin witness struggle, that many people have to come together and contributed to its rise and now bitcoin is changing the world, our world so far, and all that my country Nigeria Government could do was to shut bitcoin trading in Nigeria Naira

Unknown to the government, bitcoin will continue to rise for a long time and when it comes to currency bitcoin is the future of money, the digital gold you should have

1: Bitcoin is a new currency with all kinds of fascinating and useful intricacies.

2: The financial crisis in Argentina and some other countries shows the power that Bitcoin has to transfer power to the poor.

3: Traditional money is far inferior to Bitcoin. That even do that Nigeria Government shutdown bitcoin, your money is not lost

If you want to find out where Bitcoin came from and why it’s the future of money, continue reading

Bitcoin The Future Of Money, The Digital Gold details the beginnings of Bitcoin, including how it was developed, why its early years were such a struggle, the many people that contributed to its rise, and how it’s changed our world so far, and why it will continue doing so for a long time.

Bitcoin The Future Of Money, The Digital Gold

Throughout history, humans have used physical money in exchange for goods and services. To this day, we still accept these objects of value as a form of payment.

But in an age where you can hold a small computer, maybe a computer pc or mobile phone in your hand and video call someone across the world, have you ever thought about how outdated physical currency is?

In addition to being a hassle to produce and deal with, regular currencies are easy for governments to control. Not everyone will have problems with this, but these are some of the reasons why the cryptocurrency Bitcoin began.

Bitcoin being the Digital Gold, digital currencies that no government can control, available for both the rich and poor from anywhere in the world irrespective of some Government of National placing ban on it

If you’re like me and have heard of Bitcoin but you’re still a little confused about how it works or where it started, we have a summary for you!

Before now in our Sister Portal The AfriNOTES, we were building a bitcoin trading script to be featured in AfriNOTES as a multi-purpose portal, this is now on hold as my country’s Nigeria government on 5th of February shutdown bitcoin in Nigeria Naira trade, however. the dream is still alive and waxing

In Digital Gold: Bitcoin and the Inside Story Here are 3 lessons about Bitcoin:

1: Bitcoin is a new currency with all kinds of fascinating and useful intricacies.

2: The financial crisis in Argentina and some other countries shows the power that Bitcoin has to transfer power to the poor.

3: Traditional money is far inferior to Bitcoin. That even do that Nigeria Government shutdown bitcoin, your money is not lost

Let’s jump right in and see what we can learn about Bitcoin! starting with Bitcoin is a new currency with all kinds of fascinating and useful intricacies.

Lesson 1: The intricacies of Bitcoin are fascinating and useful.

In January of 2009, an anonymous internet user under the name Satoshi Nakamoto had an idea that would change the world forever– a digital currency called Bitcoin.

Another difference with Bitcoin is that there isn’t a centralized authority. National economies can do things like creating more money at will or freeze bank accounts, meaning they have real control of your money. With Bitcoin, there is an established amount of currency that no one person has control of.

Further, unlike a bank account where transactions are secret, Bitcoin has a communal database called the blockchain that everyone can see. This way, everyone can see every transaction as well as every Bitcoin in existence and who has them.

But while your transactions aren’t private like a bank account, you do have the potential to be completely anonymous. There is no limit on how many accounts, wallets a user can have, and no form of identification or even name is needed to create one, just an email address and you are in for good

With bank accounts, you need a PIN to protect your account, but there is no need for this with Bitcoin. Bitcoin takes advantage of its robust public-key cryptography, making it impossible for even the most powerful supercomputers to crack.

Public-key cryptography has two parts: private and public. The public part allows it to be published on the blockchain for everyone to see, but only the users involved in the transaction can access the funds.

Lesson 2:  Argentina’s and other countries’ financial crisis is the perfect example of how Bitcoin is going to change the world.

The people of Argentina know that their government’s financial experiments don’t work. the same way is going in Africa Nigeria

This has meant financial crisis and severe inflation followed by failed attempts to fix the problems. This laid the path for Bitcoin to enter the scene.

Bitcoin broke down many of the restrictions the Argentine government imposed to control the Argentine peso’s value, while the Nigeria government yet to understand the value of bitcoin made an error by shutting it down

When exchange rates for the US dollar were placed artificially high, PayPal transactions were banned and those who spoke against these rules were fined. Anyone who wanted to purchase something from overseas would deal with long delays. people from most of these countries started using bitcoin to trade

People found if they used Bitcoin, they didn’t have to deal with these extended delays. It also helped protect the people’s funds from government interference. Many people in Argentina couldn’t open a bank account or have a line of credit because the government makes it so difficult. just the way the Nigeria government is doing today to her innocent nationals

So instead they would hold on to physical money. Unfortunately, due to the poor fiscal policies of the government, they had seen rapid inflation render their cash worthless. So naturally, Bitcoin was a safe, stable place to save their money, even if they couldn’t spend it directly where they lived.

Since 2013, the Argentine peso has fallen an additional 25 percent compared to the US dollar. Bitcoin, on the other hand, has risen a staggering 860 percent. In Nigeria the value for naira is dying every day with huge limitation on naira cards to the dollar, many people find bitcoin much more useful to trade on

Lesson 3: Bitcoin is superior to traditional money in a lot of ways.

Just like the advent of the internet freed information and communication all around the world, many think Bitcoin has the potential to free money from banks and governments. They might be right about this.

There are many major advantages. One of these is that we can instantly transfer money. Isn’t it a little strange that we can send large files over the internet in a few minutes or receive a message instantly, but a bank transfer can still take days to happen? Bitcoin will save everyone the time of waiting for transfers.

Another benefit? It’s universal. You can cross borders and not have to deal with foreign transaction fees. And also, we can divide it into tiny amounts, so online services can deal in tiny fees, like 0.01 cents to skip an ad.

There are other applications, too. Its powerful verification system through the blockchain allows trust. Everyone can view the blockchain, no one can manipulate it.

Unlike needing traditional legal systems of trust, such as having a witness present to sign a contract, the blockchain ensures the contract took place, no witnesses are needed.

Bitcoin may be a new thing to many, but it’s clear it has the potential to change the way we use money entirely. However the Nigeria government shut down on Bitcoin is not an end to Bitcoin trading, as many Nigerians are still on the bitcoin Niche and more people have even seen more reason to have a bitcoin wallet now than ever

You have read it, the Bitcoin The Future Of Money, The Digital Gold My Nigeria Government Ban, will you like to get across to us, if yes, Kindly save the Mobile number +2348068608490 and send us a WhatsApp message

Coronavirus In Nigeria, The Bad, The Ugliness Of The Government

Why You Should Turn To Digital Marketing To Survive
2.4k
SHARES
ShareTweet

0 responses on "Bitcoin The Future Of Money, The Digital Gold My Nigeria Government Ban"