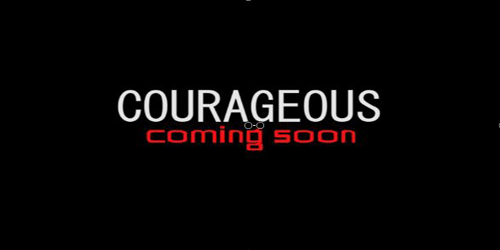 How Courageous Are You, Knowing Too Well That The Bible Teaches Us To

“Be strong and of a good courage; be not afraid, neither be thou dismayed: for the Lord thy God is with thee whithersoever thou goest.” (Josh. 1:9)

Courage is defined as the greatness of heart, spirit to meet danger and boldness.

God commanded Joshua three times to be strong and have a good courage and assured him of His constant presence if His commandments were obeyed. (Josh. 1:8-9)

He promised that: “the eternal God is thy refuge, and underneath are the everlasting arms: and he shall thrust out the enemy from before thee; and shall say, Destroy them.” (Deut. 33:27)

Knowing the Lord and obeying His commandments are the two main ingredients for the God kind of courage. El Shaddai, the All-Sufficient and Mighty One are on your side!

He is Jehovah Nissi; the Lord, your Victory Banner. (Ex. 17:15) Isn’t that interesting? The victory banner is hoisted AFTER the battle! That means that the battle is already won!

Christ’s defeat of Satan on the cross has made you more than a conqueror. (Rom. 8:37) Tell Him about the battles you’re facing and nestle underneath the everlasting arms while he destroys your enemy.

You are equipped with the full armor of God. Moses and Joshua were assured of God’s presence and guidance due to their obedience to the Law.

Through Christ’s sacrifice, you have the assurance of having already overcome because “greater is He that is in you, than he that is in the world.” (I John 4:4)

You are not fighting a physical enemy but you’re up against evil spiritual forces. Although this sounds ominous, all you will need to do is STAND! Yes, stand, protected by the whole armor of God.

David’s only physical armor in his battle against Goliath was a slingshot! To the heavily armored giant, he shouted: “Thou comest to me with a sword, and with a spear; but I come to thee in the name of the Lord of Hosts, the God of the armies.”

David was the ONLY person who knew without a doubt that God would deliver Goliath into his hands! There had been a number of battles to overthrow the Philistines – to no avail.

His brother ridiculed him, the giant jeered at him, and both armies stood by in total disbelief and amusement. Was David daunted by that?

Did disbelief, shame, and doubt enter his head? After all, he wasn’t even old enough to be in the army! NO! He declared out loud to everyone that they “shall know that the Lord saveth not with sword and spear; for the battle is the Lord’s!” Then he ran up to the man whom everyone feared, with only five smooth stones in his hand but fully armed with the anointing of the Lord of Hosts.

There was no iota of doubt in him as he knew his God; His faithfulness, His previous exploits and, most of all, His intimate fellowship with him. (1 Samuel 17)

How about you? Are you being influenced by voices of doubt and unbelief? Or do you take courage in the strength and full protection of the Lord of Hosts? Don’t forget to put on His armor. It’s not heavy but it will help you to stand and be courageous.

You must, first of all, know the Truth of the Word of God. Only the Word can affect the salvation of your soul. Once assured of salvation, you know you have been made righteous by His blood.

This is your main armor: the breastplate that protects your heart and most vulnerable parts. Now you’re equipped to share the gospel wherever you go and use your ever-increasing faith as a shield to ward off doubts and fears.

Being born again by the Spirit of God protects your mind, keeping it focused on His Word and Divine Will. Lastly, pray constantly using the Word of God, not human wisdom, to come against the forces that attack you. They shall flee at the onslaught of this Sword of the Spirit! (Eph.: 6:10-18)

“Be strong and of a good courage; be not afraid, neither be thou dismayed: for the Lord thy God is with thee whithersoever thou goest.” (Josh. 1:9)

Enjoy The Courage Of God