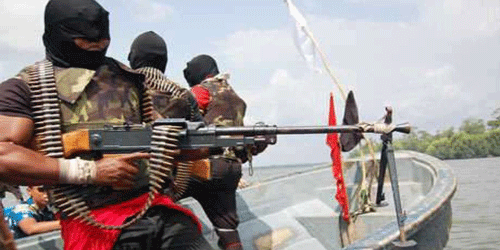 We Just Got An Email From The Joint Revolutionary Council (JRC), a coalition of armed groups in the Niger Delta, as they served a notice stating that about 4,314 ex-militants in the region are set to renege on the terms of the Presidential Amnesty they embraced in 2008 and return to Armed Struggle

The JRC spokesman, In The Person Of Cynthia Whyte, in a statement sent via e-mail, yesterday, said a return to armed struggle by ex-militants could threaten oil production and cripple the economy.

Whyte said the ex-militants are worried over moves to replace the Special Adviser and Coordinator of the Presidential Amnesty Programme, Brig- Gen Paul Boroh, and hijack the office to settle vested political interests. 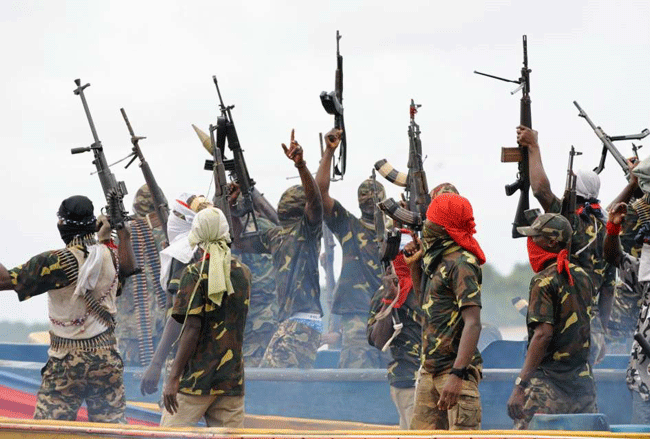 Whyte said the central leadership of Command of the JRC believes that the action to replace Brig- Gen Paul Boroh “yet again represents a renewed attempt by unpopular, disgruntled and divisive politicians from the Niger Delta,

Who have never supported the amnesty programme to hijack the programme and undermine a legacy of the agitating people of the Niger Delta.”

He declared that any attempt to play politics with the issue of the region “will be firmly and vehemently resisted by combatant units scattered across the length and breadth of the Niger Delta.”

The JRC also took a swipe at Niger Deltans in President Muhammadu Buhari’s, accusing them of not having the interests of the people at heart.

“If you seek peace in the Niger Delta, it must be worked for. We will never be cowed by the intentions of the ungodly. We have worked hard to keep the peace.

Nothing stops us at this moment from breaking everything into pieces. We reject the antics of these failed, disgruntled and unpopular politicians and we declare that we will never be part of any engagement that includes them.

It will never happen. The amnesty programme is not a parade ground where retired military officers can be quickly conscripted to command former combatants of the Niger Delta struggle.

We believe that any such appointment will be a grave miscalculation and a recipe for crisis, failure, chaos, and anarchy, especially as the journey to an election year begins. We, therefore, call on President Muhammadu Buhari to begin series of strong engagement across the Niger Delta to selecting and recruiting capable and tested trusted hands

YOU MAY ALSO LIKE: BENUE THIS IS NOT THE TIME TO CRY- Asari Dokubo, VIDEO

Who will be acceptable to our people, useful to the Presidency and capable of making new friends for the president in the region.”

PANDYF leaders made this call after a meeting in Yenagoa, During The weekend.

PANDYF leader, Richard Akinaka who explained issues discussed at the meeting said the region has gone beyond the phase of using violence to drive home its point and also, noted that what the region needs is to engage government in an intellectual dialogue that would bring desired results.

BENUE THIS IS NOT THE TIME TO CRY- Asari Dokubo, VIDEO

Shagari Was Overthrown, And General Muhammadu Buhari Was Installed As Head Of State-Today In History