A Promised Land by Barack Obama Reviewed By Mbonu Watson 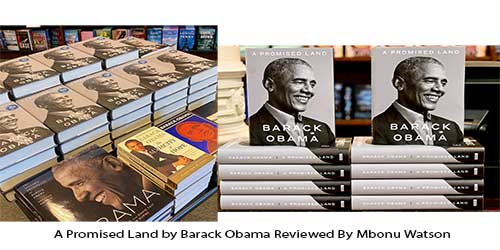 A Promised Land by Barack Obama Reviewed By Mbonu Watson

A Promised Land is former president Barack Obama’s memoir in which he tells the stories of his background, how he got into politics, and what it was like for him being the president from 2009 to 2017, including his role in the killing of Osama bin Laden and passing the Affordable Care Act. 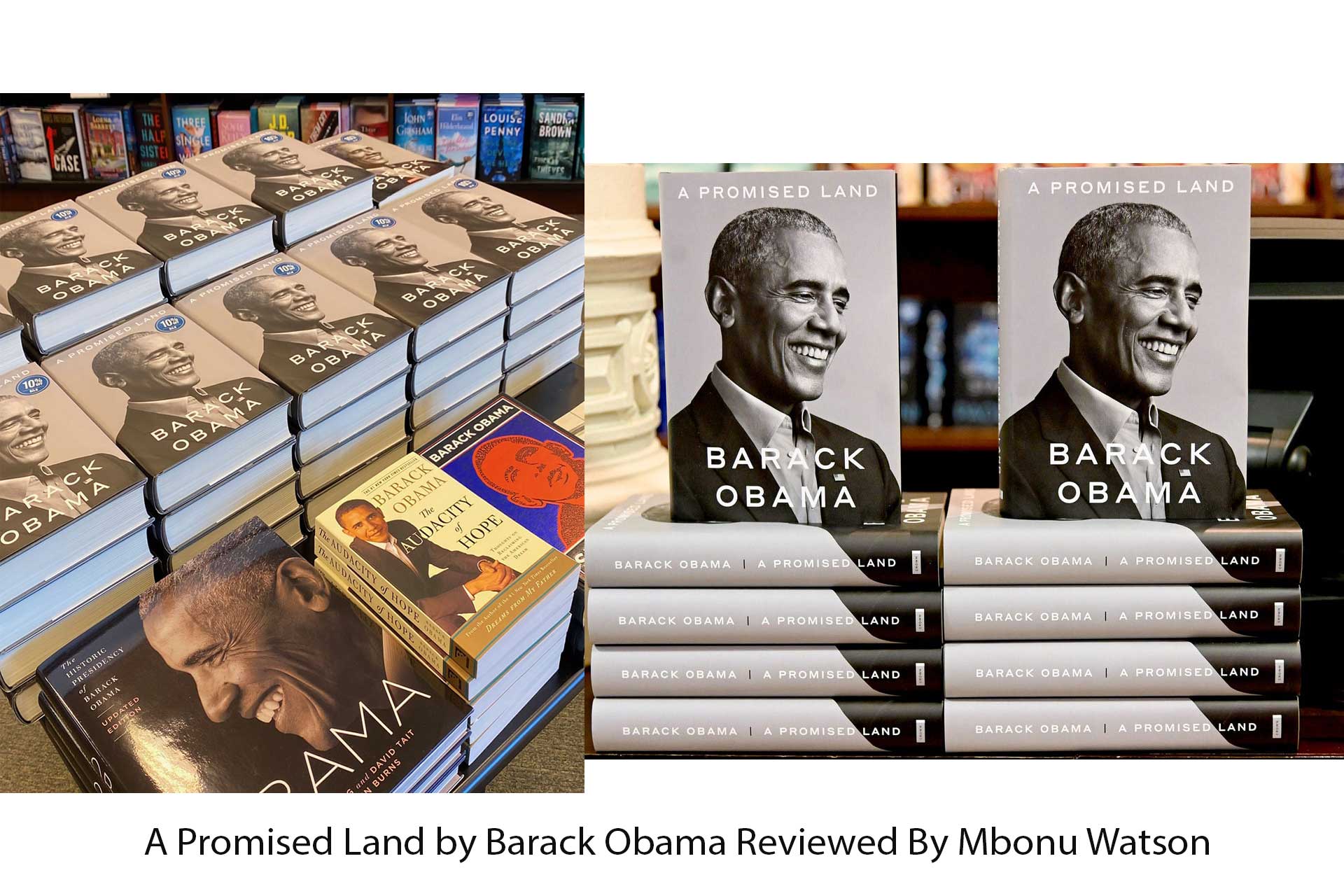 1: Barack wanted to change the world from a young age, and he almost gave up trying to do so by political means.

2:With Obama’s popularity growing it wasn’t long before he was running for president and winning.

3: The Affordable Care Act and the assassination of Osama bin Laden are just two of the many notable events of Obama’s presidency.

If you’re curious about the behind-the-scenes details of Obama’s life and presidency, Continue Reading

PS: The best way to support NairaLEARN.COM is to secure a premium course From Naira LEARN Courses Here

Love him or hate him, Barack Obama is an American icon. As you likely know, he made history as the first Black president of the United States. He also was the recipient of a Nobel Peace prize as well as a leader in healthcare reform and taking down Osama bin Laden.

We all know about his life following his nomination in 2008. But what life experiences made him the influential leader he is today? In his first memoir, A Promised Land, we get a deeply personal, riveting history of the president.

We follow him on his journey from the unremarkable child of a single mother living in Honolulu, Hawaii, to becoming the first African American in the White House. We know him as a charismatic and gifted leader, but you’ll be surprised to hear a story full of struggle, self-doubt, and turmoil even to the point where he nearly gave up on politics.

Here are 3 lessons from Obama’s life:

Barack wanted to change the world from a young age, and he almost gave up trying to do so by political means.

With Obama’s popularity growing it wasn’t long before he was running for president and winning. The Affordable Care Act and the assassination of Osama bin Laden are just two of the many notable events of Obama’s presidency.

Let’s jump right in and see how much we can learn from A Promised Land!

Lesson 1: If it weren’t for one last-ditch effort, the idealistic Barack Obama may not have ever been president.

Barack Hussein Obama grew up in Honolulu with his mom and grandparents. Nobody would expect him to end up in the public office, much less be president one day. In his youth, he did drugs and partied, and even his grades were mediocre.

But in his teen years reading became a passion of his. He soon found himself fascinated with political theory and wanted to use his knowledge to solve social and economic issues.

After graduating from Columbia, he worked with communities in Chicago to help people adversely affected by the closure of steel plants. While he learned a lot, he wanted more change that could have a real impact on communities. So he went to Harvard Law.

After graduation, he became a state senator and now had a young family. It seemed like he had it all. But he wanted more. So he decided to run for the House of Representatives, despite Michelle’s protesting that he should be around more.

It was also a bold move considering the opponent was a popular incumbent. He lost by 30 points. At this low point in his life, he reflected on his choices. He had made an arrogant decision to run a nearly impossible race, and worse, he let down his family.

But for some reason, he couldn’t leave politics completely. He couldn’t let go of his dream of helping Americans of all different political, racial, and socioeconomic backgrounds. So he decided he would give the national office one more try, with Michelle’s approval. They agreed that if it didn’t work, he’d walk away from politics without looking back.

Lesson 2: As Obama’s popularity skyrocketed, the chances of him becoming president grew.

While he was running for the Senate, some of his speeches became viral on blogs and MySpace. His powerful and persuasive message moved people, and momentum grew. Before he was even elected, he had a once-in-a-lifetime opportunity to speak at the Democratic National Convention.

It turned out, that was the last time he would walk into any room unrecognized. Soon after his moving speech, his popularity skyrocketed and he won the Senate by a landslide. From the moment he stepped off the stage, people talked about him one-day becoming president.

But inside, he didn’t think so. He had a lot of self-doubts, not to mention he wasn’t very experienced in his career at this point. The media didn’t seem to take no for an answer. But his stance changed when he visited Senator Ted Kennady.

He told Obama that this was his moment, and life doesn’t let us choose when our moment is. life doesn’t do that so whenever life throws the moment to you, please take it.

When he announced he would be running, people came to see him in droves. But it wouldn’t all be easy. He was young and inexperienced and often talked like a professor. But the racial issues were even worse.

Some thought that America wasn’t ready for a black president. Others labeled him as not “black enough” to represent them. Nevertheless, he kept winning. Packed crowds came to see him wherever he went. He realized they had all their hopes and dreams pinned on them, and he constantly worried about disappointing them.

Lesson 3: The assassination of Osama bin Laden and The Affordable Care Act are just two notable accomplishments of Obama’s presidency.

His victory in the 2008 election made history. But he also had some big accomplishments during his two terms. One of the most notable of these was signing the Affordable Care Act into law. But getting it there was an uphill battle.

Those from the Right fought tooth and nail against it, worrying about what they called a “government takeover.” The opposition was all over the internet and the Tea Party movement fought against what they called Obamacare.

Obama was worried they couldn’t fight this opposition, but eventually, it narrowly passed, and Obama’s promise to bring healthcare to all Americans was fulfilled. And while it helped many struggling Americans get much-needed coverage, many still weren’t happy because they were still suffering from the recession.

Another impressive accomplishment during Obama’s time in office was the capture of Osama bin Laden, the man behind 9/11. He had been unaccounted for since 2001. Obama made the hunt for bin Laden a top priority because he hated that bin Laden’s freedom was a painful issue for those families affected by 9/11.

In 2010, they had a suspicion they had found bin Laden’s compound in Pakistan. The CIA put a probability of it being where he was at 60-80 percent. Knowing one mistake could ruin the whole thing, he gave the go-ahead on a special ops mission after two years of keeping the secret.

It was the first live military action he watched and he was so nervous. But finally, bin Laden was found and killed. The country erupted in cheers at the news and it felt like a victory for everyone, no matter what side they were on. The historic victory marked the first time he didn’t have to sell what he’d done.

I’ve always thought that it would be fun to hang out with Barack Obama. Not yet in the united state but in my country home Nigeria, I’m not sure why some people are so against him, he’s a family man and a good role model regardless of what you believe politically.

And the ongoing pandemic and COVID Vaccines, A Promised Land is a good book and worth your time!

Help NairaLEARN to grow, visit our premium portal NairaLEARN Course and secure a course of your choice Now

Understanding The 80/20 Rule By Mbonu Watson