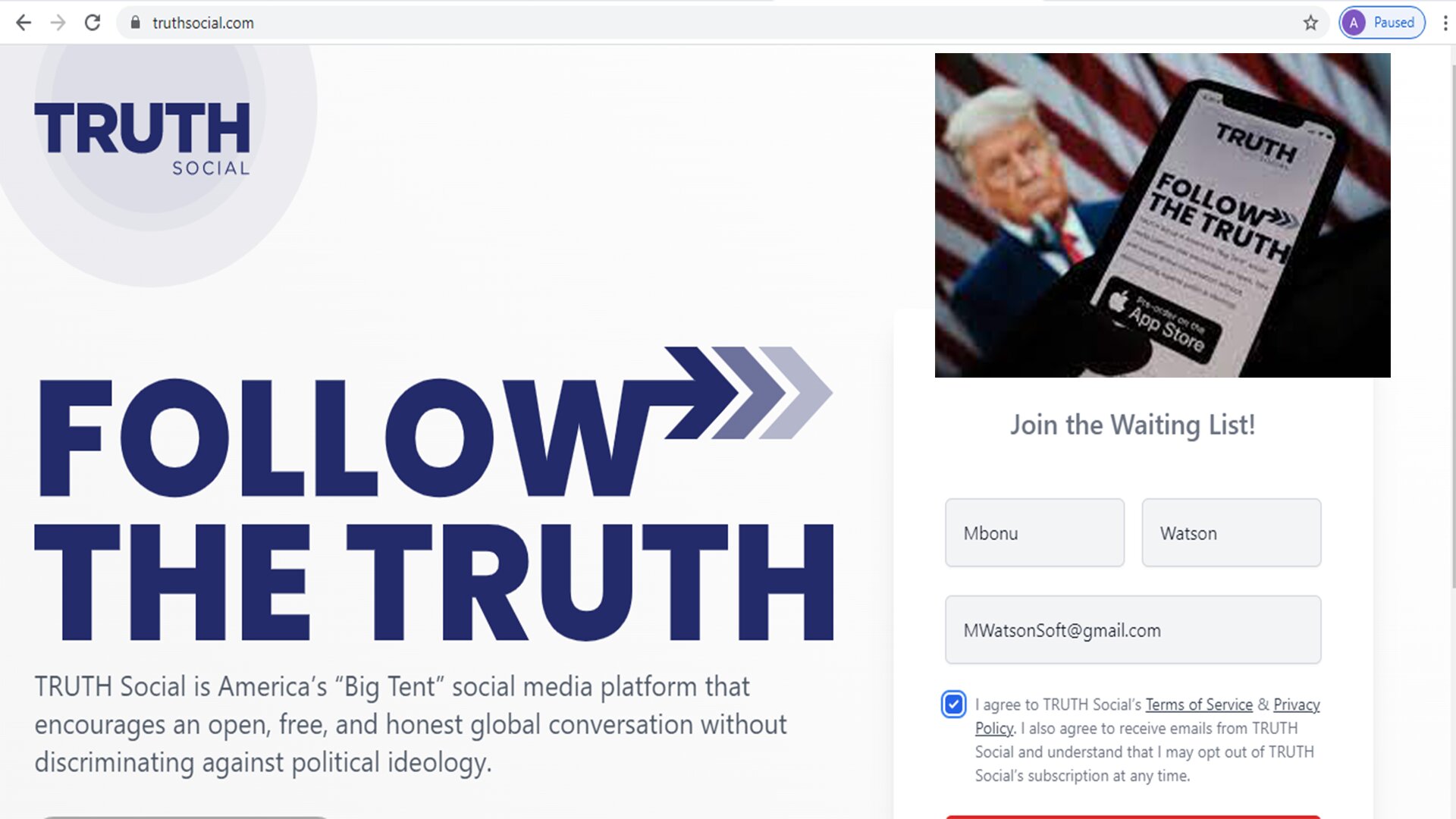 Former US President Donald Trump Launched a NEW Social Media Platform for the global audience, this cames months after he was banned by Facebook Twitter and other Social media giants

On a move to buy TikTok that failed, he has finally come up with a brand new social media platform The Truth Social now live for the global audience

The Donald Trump Social Media platform which uniforms resource location happens to be Truthsocial.com is primed to allow the freedom of speech to air without necessary subjecting it

Follow The Truth: With an intro about the platform which also read: TRUTH Social is America’s Big Tent, a social media platform that encourages an open free, and honest global conversation for all without discriminating against political ideology, people, culture, and widespread individual social differences: See screenshot below

On signing up with the new Donald Trump social media platform, after you, most have entered your sign-up details. The response thank you page you will be redirected to, also read:

As Facebook continues to have a setback and Twitter is completely banned in my home country Nigeria, the Donal Trump social media platform could be an interesting place to hang out, network, and connect with others

People voice, opinion, political ideology the truth, has been subjected across Facebook as was massively reported online, with so many cases labeled against Facebook, Twitter, and many others

What is your thoughts about this development. have you tried to check the Donald Trump social media platform Truthsocial.com

From Day one Donald Trump has always been a great fighter, that will hardly give up on what he knows, according to traffic insight, the website is among the top launch website for the past few days with loads of traffic flooding to it, as of the time of writing this report, over a million of people has already registered and are awaiting for the new social media activities to officially resume

Including my humble self, I have registered and I’m waiting for the official stream opening of the Donald Trump New social media platform Truthsocial for the global public. We hope the interface looks good and user friendly. From all of us NLSOFT, Owner’s of Nairalearn saying a Big congrats to Donald Trump

Apply For Girl Up Leadership Summit In Washington, D.C

5 Businesses You Can Start With Less Than 30k Naira
2.2k
SHARES
ShareTweet