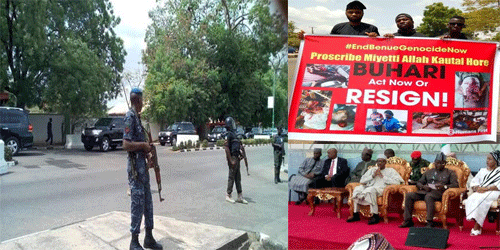 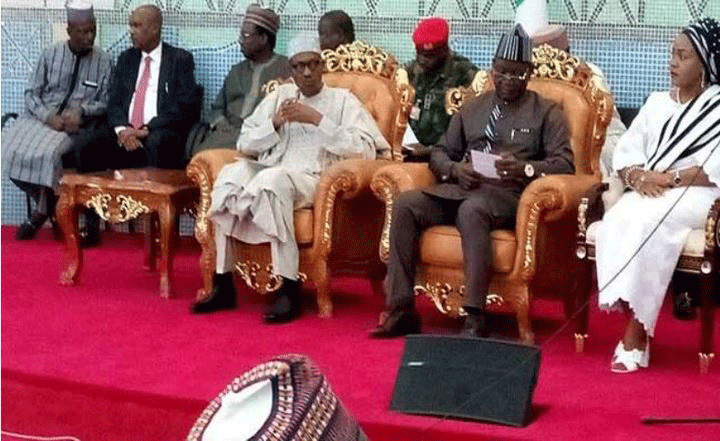 Benue People Gave President Buhari A Cold Reception As He Visits Benue State, The People Showed Buhari Today That They Are Not Happy With Him. See Picture Below 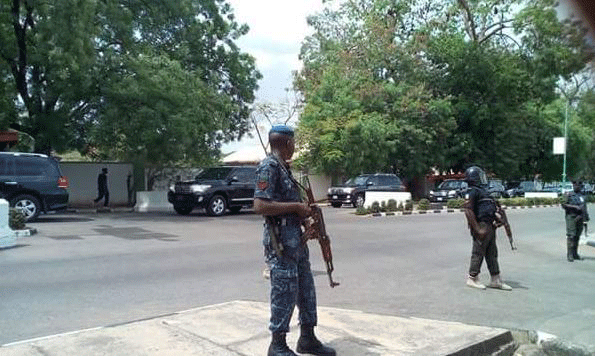 The convoy you are watching is that of President Buhari entering the Peoples Government House, Makurdi.

There are no people in the streets to wave or welcome Mr. President. This may hardly be unconnected with the killings in Benue State by Fulani herdsmen viz a viz the poor handling or response to the presidency. 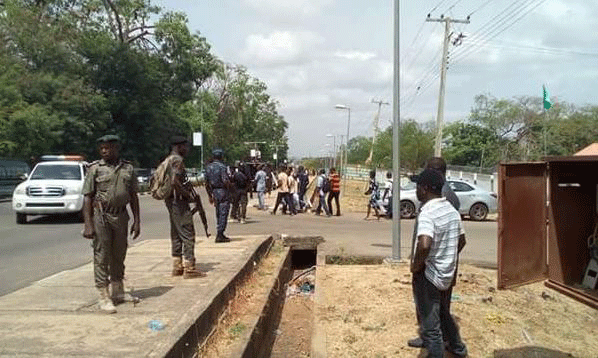 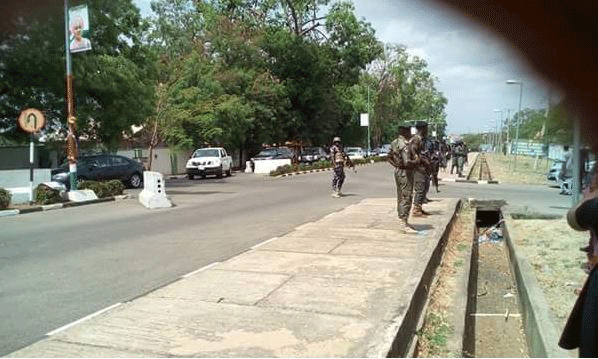 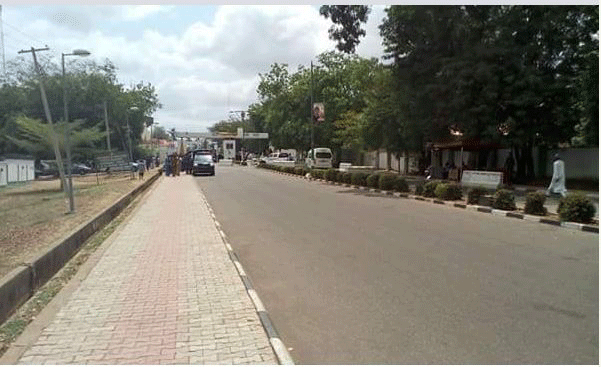 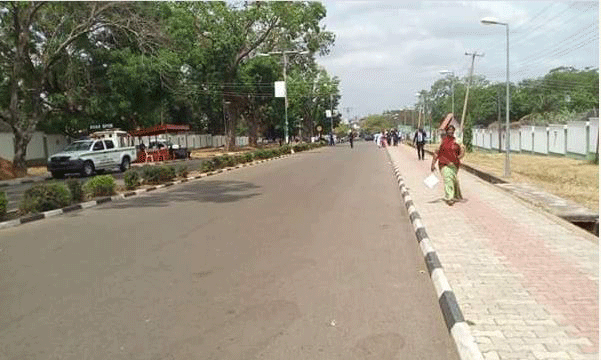 I can not explain the level of anger that leads to this cold reception, but I can tell you the streets are filled to the brims, but with security men.

The young, not so young, the old, and not so old men and women that occupied the streets of Makurdi in 2015 when the same man visited Benue have disappeared

I don’t know what it is, but many accredited journalists are advised not to even stay within the premise of the People’s House Makurdi, this is quite strange. 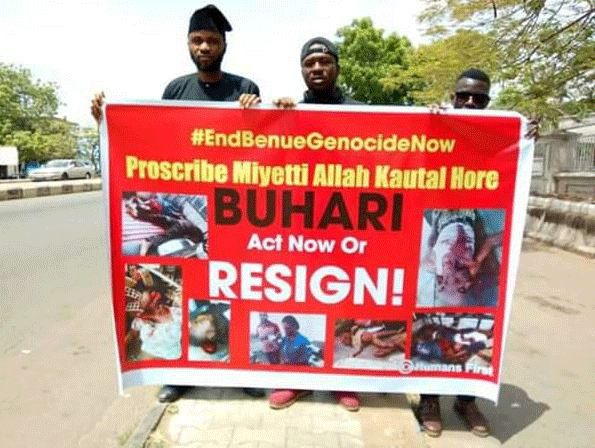 Security Beefed Up In Makurdi Ahead Of Buhari’s Visit

Ahead of President Muhammadu Buhari’s visit to Benue on Monday, security has been beefed up as Armed security personnel were seen deployed to strategic areas in Makurdi

While others were seen patrolling streets in armored tanks and vehicles as part of measures to boost up security in the state.

NAN also reports that patrol officers with sniffer dogs were also sighted along busy streets and highways in the state capital while a military helicopter was sighted conducting aerial surveillance. 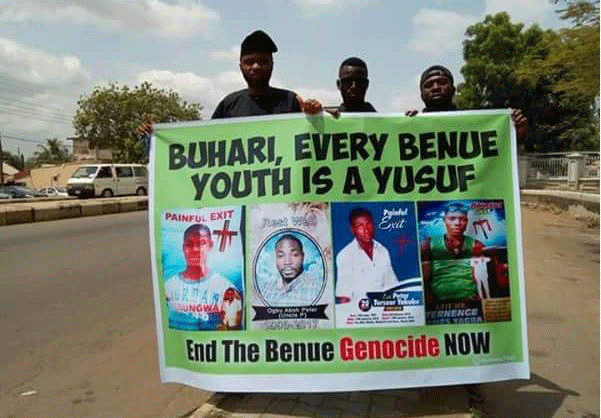 Buhari is expected in Benue to condole with the people of the state over the deaths of local farmers killed by suspected herdsmen on January 1 in Guma and Logo Local Government Areas.

Scores of other villagers were also reported to have been killed at Okpokwu, Logo, and villages in Guma since the January 1 massacre.

Part of the president’s itinerary as released by the Benue Government included a courtesy call on the fifth Tor Tiv, Professor James Ayatse, at his Makurdi residence.

According to the release, the president will have an interactive session with selected Benue indigenes and visit the IDP camp via helicopter.

The Commissioner of Police in the state, Mr. Fatayi Owoseni, and the command’s Public Relations Officer, ASP Moses Yamu, were yet to respond to phone calls put to them by NAN as they were said to be working to firm up the security arrangements.

However, a cross-section of Makurdi residents commended security agencies for the tight security measures put in place.

The resident hoped that the visit would tackle the mounting security and development challenges of the state.

Benue State governor, Sameul Ortom, in the dead of Sunday night sent workers to streets of Makurdi to patch potholes ahead of President Muhammadu Buhari’s visit to the state.

The machines were spotted working along the Gboko-Makurdi last night.

Buhari is already in the state on an official visit for the first time since assuming power in 2015. 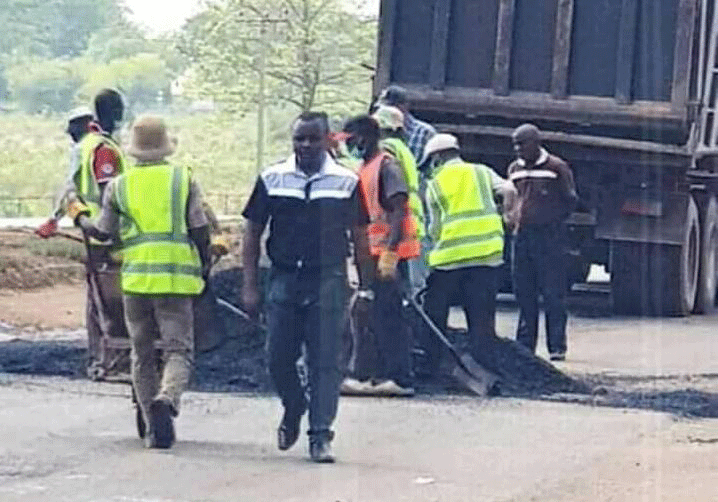 BENUE THIS IS NOT THE TIME TO CRY- Asari Dokubo, VIDEO